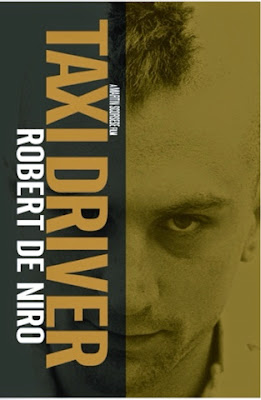 Finally watched the Martin Scorcese classic Taxi Driver from start to finish. Had always seen bits and pieces of the flick in the past and was keen to watch it in one sitting. We’ll I got my chance during  my recent trip to Mumbai.

Despite being set in the 70s there are certain themes of the movie that ring true even today and in that sense the story of this movie is a timeless one.
Sure some May wonder what’s the whole story about considering there is no obvious plot line in the conventional sense. But then again I believe that was  the intention of the film maker. To not have a defined story with the traditional first second and third acts of standard story telling. Although one could argue that the movie can in fact be broken down into said conventional three act story.
The story is undoubtedly about Robert DeNiro’s taxi driving character Travis Bickle and how his occupation as a taxi driver in the metropolis of New York is affecting him psychologically. The movie is a journey into the very mind of Travis and his interpretation of what is right and wrong. His disdain for society and humanity in General is what we highlights the first act of this movie.
The one anchor that could have possibly brought some stability in his life, Betsy the presidential campaign volunteer, shuns him due to his awkward social demeanor, viz. his choice of date venue (an adult movie).
Things begin to take a different direction when he realizes that vigilante justice isn’t a bad thing after all and so he acquires an arsenal of weapons and begins training himself to dispense Sid vigilante justice.
The third act encompasses his efforts to free an underage prostitute Iris (an unrecohnizable Jodie Foster). And this is where we see his psychological behavior taking shape and finally culminating in his version of justice s eh guns down not one, but three men (of which one is a mafioso type dude) on order to liberate Iris from her forced prostitution.
The climax is in fact one of the most ambiguous ones in cinema history as there is speculation that everything tht follows the shoutout is in fact inside Travis head and that he is possibly in coma. This theory I feel is further cemented when we see that after his Tiamat the hospital his fare is none other than Betsy, the stable anchor who had shunned him earlier in the movie.
Taxi Driver isn’t a movie that you would enjoy watching for entertainment alone. It’s a movie with layers that need to be appreciated for their simplicity. If you enjoy movies that deal with the human psyche and offer more than what’s shown on screen, Taxi Driver is a definite must watch.