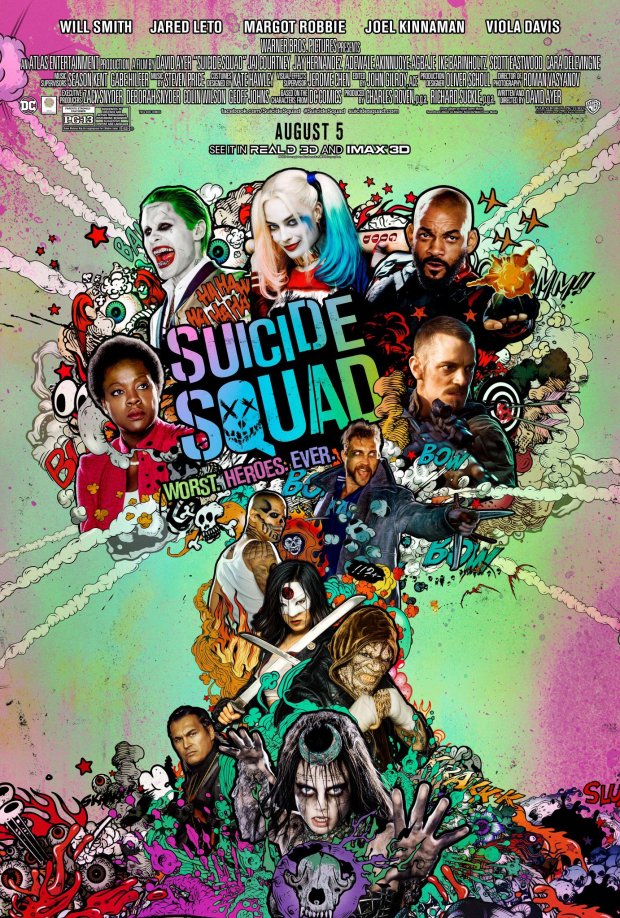 DC and WB are trying hard to appease the fans. So hard that they maybe alienating the fans that truly did appreciate the darker take on the Superhero genre they started. Succumbing to the criticism that both previous DCEU movies (Man Of Steel and Batman V Superman: Dawn Of Justice) were too dark for audiences, the studio execs commissioned reshoots to Suicide Squad in an effort to lighten the tone and make it a tad more action packed. It seems that their gamble may not have paid off as expected. Critics review of the latest DCEU flick are anything but positive and with future projects from rival studios already making the movie yesterday’s news, Suicide Squad is not really delivering what the bigwigs possibly hoped.

END_OF_DOCUMENT_TOKEN_TO_BE_REPLACED 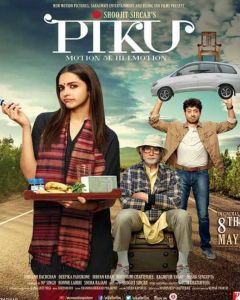 Piku is a slice of life movie. No larger than life characters. No intricate plots. No foreign locales. No item numbers. No nacho gaana (song and dance). Yet despite the missing usual ingredients for a masala potboiler that guarantees box office success, Piku pulls a string in hearts of audiences across demographics. Partly due to the comedic situations that Bachchan’s characters’s bowels pose but mostly because of the down to earth banter that takes place between all the characters.

END_OF_DOCUMENT_TOKEN_TO_BE_REPLACED

A Dance with Dragons by George R.R. Martin

Finally I’m all caught up with the series as penned by George R. R. Martin in the Ice and Fire saga. With A Dance With Dragons, I’ve read all five books (of the planned 7) in this incredibly addictive fantasy series. About damned time!

For me the book was a lengthy read. I started sometime in end of 2013 and finally read the last chapter in January 2015 ( Yep, I’m a damn slow reader). In my defence I did read other books in parallel.

Most of the book seemed a tad slow save a few interesting cliffhangers at the end of certain chapters. However the pace and the plot got very engaging in the final 200 odd pages. The title is apt but only when you reach the said last 200 odd pages. Dragons do make an appearance in this book in a more prominent role and will certainly set the tone of the next book.

GRRM is known to kill off characters that seem to be crucial to the plot. Especially the ones that we the readers begin to admire and adore. He’s done it on a number of occasions in the last four books of the series. In some cases there have been massacres of characters we’ve come to love and cherish.

Book five is no different. If anything, the bloodiness gets a tad more gruesome as we come across some truly new ways to die. There is a death that we all hoped would never happen. But alas, GRRM just loves to play with our tender hearts.

With only two more books left in the series, the stage seems to be set for a massive show down on multiple fronts. However I am skeptical of the level of satisfaction readers will gain upon the conclusion to the saga. There’s just been so much that we’ve invested over the hundreds of chapters and thousands of pages chronicling the trials and tribulations of the denizens of Westeros and lands beyond.

I’m not saying that GRRM is not unto the task. But there is only so much you can do right? The saga is brimming with so many characters and families that you need to maintain a separate journal just to remember who’s who! And then each one of them has a sub-plot that tends to extend for chapters in the books thus far. Tying them altogether, neatly, will be one mean task. I sincerely hope, GRRM does closure to his avid fans with the next two books in the series.

Folks familiar with the saga are aware that the main enemy to all the families lies beyond the wall and is yet to make its presence felt in full force and their intentions public. The army of white walkers was shown in some glory in book 3. However I feel their full potential threat is yet to be realized and that would be an interesting chapter(s) in the next two installments of the saga.

The TV series is also fast catching up with the books and I wonder how the creators of the shoe plan to shape the future seasons considering that GRRM is yet to publish (for that matter even pen!) the books.

I’d prefer if they took a hiatus from the show as opposed to providing a conclusion of their own. However that would be unlikely considering the economics of such a large production. But I’m certain either way, the producers will be laughing all the way to the bank.

A Dance With Dragons isn’t the best in the series, but it most certainly gives some direction to the saga that has kept readers and now audiences captive for the last few decades. Here’s hoping that GRRM pens a truly worthy sequel to the series in the upcoming lineup.

View all my reviews

© Abhijeet Gandhi and Stochastic Musings, 2006-2015. Unauthorized use and/or duplication of this material without express and written permission from this blog’s author and/or owner is strictly prohibited. Excerpts and links may be used, provided that full and clear credit is given to Abhijeet Gandhi and Stochastic Musings with appropriate and specific direction to the original content.
Loading Comments...
%d bloggers like this: