I know I have already sung songs of high praise about twitter in an earlier post. But many of my friends, who are quite active on other social networks (facebook, orkut), don’t seem to be very accepting of the latest entrant in the soc-net scene. So I decided to break the ice, so to speak, between these skeptics and twitter by spreading some ‘gyaan’ through my blog.

This post is the first of a three part series detailing (in a manner of speaking) various aspects of the Twitter Universe (or as we tweeps call it, the twitverse!). This post will talk about the basics of twitter and how to use it. The next post in the series will talk about third party applications that help you enrich your twitter presence and the final post in the series will discuss various twitter clients to help make your twitter experience simple yet effective.

Conventional Blogs tend to be lengthy and are usually topic/theme specific, periodic and well let’s face it sometimes downright boring (qualities that this particular blog hopes never to live up to!). It’s almost impossible to leverage your blog to stay in touch with your friends, family and colleagues, well not on a personal basis at least.

Enter the micro-blog. Same concept as a blog but with a size limit. You pen your thoughts, but since the length of your “post” is limited (with 140 characters, that’s an understatement!) your thoughts are pretty short. This lets you get creative with your posts and lets you  update people about what’s happening with you or as the tag line on your twitter page says it – What Are You Doing? Users ‘tweet’ their thoughts, rantings, comments, jokes and absolutely anything that can be put into words. Well within 140 characters to be more precise.

If you’re familiar with facebook, twitter is essentially the ‘What’s on your mind’ section of your facebook page. At the core, Twitter is all about letting the world know what you are upto, plain and simple! To start off, simply go to the twitter website, register yourself and you are ready to be part of the twiterrati!

Most newbie tweeters get intimidated by this thought (I know I was!). Well it’s simple. Tweet about what ever catches your fancy. What are you doing, or going to do, or have already done! Start with a simple “Hello World” (programmers you can dig this one right!), talk about the weather, the news, latest movies, music, food, pets or even  the color of your boss’s secretary’s eyes! Yes tweeting is all about being who you really are and what goes on in that head of yours!

But you can only hold up a conversation with yourself for so long. Being on twitter (or any other soc-net site) is about building your network. So start following other tweeters. Start by finding your personal friends who are already on twitter. Invite a few from your mail address book if they aren’t already users. You can even use twitter’s own Recommended Users list. But don’t go overboard and follow every tweep you see. Gradually build up your twitter network. Then start tweeting with them, about them, or just at them! 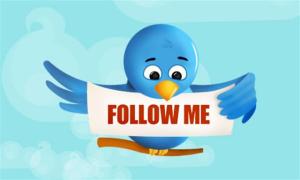 And don’t be surprised if you find random tweeple (twitter people a.k.a peeps) following you. If you don’t like that kind of thing, don’t sweat it. you can keep your tweets private and allow only people whom you authorize to follow you and in effect your tweets.

Apart from your own network and other random people, there are many celebrity tweeters out there who are worth following, start with them. Since following anyone on a twitter is fairly unrestricted, you can follow your favorite celeb tweeters and stay in the loop about the latest gossip and happenings in their lives.

Do keep in mind, just because you are following them doesn’t mean they are following you as well. With twitter, the follow could be one-way. But don’t worry,if your tweets are interesting, they’ll soon turn around and start following you!

Give And Ye Shall Receive

Want to mention your fellow tweeter in your tweet? Simply send out a tweet by prefixing his/her user name with a @. You’ll see that the peep’s name is now a link redirecting to their profile. Neat nah? This is a great way for you to mention your friends on twitter and encourage others to mingle with them.

Another way to mention your fellow peeps is by retweeting. Retweeting is similar to the concept of forwarding messages or emails. Retweets are prefixed with a RT followed by the fellow tweeter whose tweet you are retweeting. Its a fun way of spreading jokes, news articles or any interesting material across the twitverse. Retweeting is equivalent to flattery in the Twitter World (hmmm shouldn’t that be Tworld?)

Like something a fellow peep tweeted? You can save it for quick reference by simply making it a favorite. Keep in mind that your favorites, like your tweets, are public.

Want to answer a question someone tweeted? Have some advise for another tweeter? Then reply to their tweets. Replies are similar to mentions. The difference is that a reply begins with the user-name mention and continues with your message.

A reply only appears to those for whom it is meant. However if someone were to visit you profile page, these replies along with the intended recipients are visible to them. So a more secure way of communicating with a fellow tweeter is using the Direct Message (DM) feature. Simply start your tweet with a D followed by the reply message.

A feature of twitter which I find personally very useful is the hash tag. Prefix any word with a # and it becomes a keyword with a hyperlink which can be easily searched. Any and all tweets in the twitverse that contain that particular word can be found by simply clicking on that word in any tweet. This feature is particularly helpful when you are tweeting (either randomly or to fellow tweeters) about a particular topic and want to review all past tweets containing that word.

The hash tag is also used to start trending topics which can be followed and continued by other fellow tweeters. This is very useful when you want to track what people are talking about and keeps you updated on the latest news and trends across the globe. 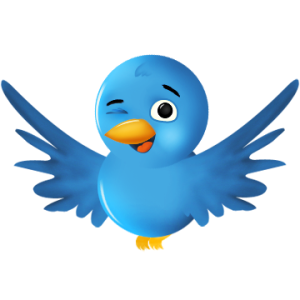 Voila, it’s as simple as that! Hope this hs been helpful in understanding the way twitter works and has cleared most of the queries that you have about the soc-net site.

So go ahead and create your twitter profiles. Start following interesting tweeps. By the way, my twitter profile name is Aaragorn1984, in case you were considering to follow me!

The next post in the series (may not be the very next post!) will shed some light on the different third party applications that will enrich your twitter experience via media sharing.

Next in this series – Attack Of the Apps